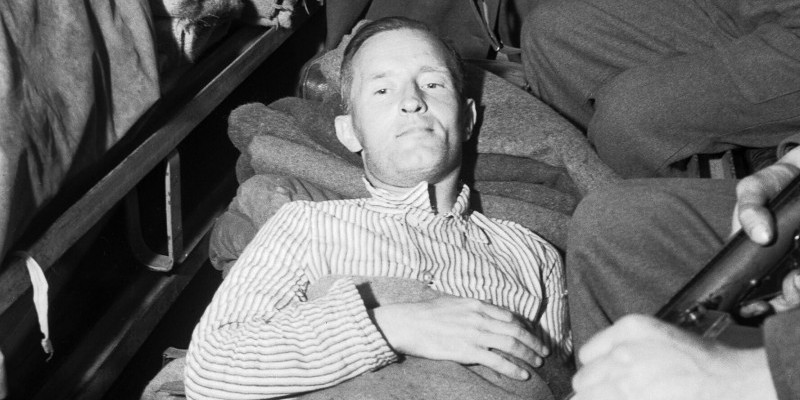 Born on the morning of 24 April 1906 at 1377 Herkimer Street in New York, the intellectually gifted William Joyce had an Irish family tree to be proud of. Theirs was a family whose merits had given an entire region of Galway its name, ‘Joyce’s Country’. The Joyce family roots could be traced back to William the Conqueror’s colonisation of medieval England and the later crusades. Among Joyce’s ancestors were three archbishops, three founders of the Dominican College at Louvain, several mayors of Galway, an historian, a nineteenth century poet-physician, an American revivalist preacher, and the noted author and poet James Joyce.

In 1909, William’s father, having been commercially successful, chose to spend his retirement in his Irish homeland. Although his British citizenship had lapsed, Michael considered himself still to be a British citizen. Not so, the Chief Constable of Lancashire informed him. Michael Joyce and his wife Gertrude were formally cautioned against the provisions of the Aliens Restriction Order (8 July 1917). Michael and his wife were in no doubt as to their family’s nationality; all three were citizens of the United States of America.

At the conclusion of the Anglo-Irish Treaty (8 December 1921), when the twenty-six counties of Eire gained their independence, Michael Joyce, perhaps due to his anti-Republican sentiments, moved to England. His son, William, was then 15-years old.

The final 25-years of this gifted young man’s odyssey as an anti-Bolshevik National Socialist has since become the stuff of legends ~ and of controversy. Disdaining the English class system Joyce championed the working class. Cultured, through England’s Officer Training Corp college system, Joyce’s academic achievements have never been bettered.

As he matured further, the American-born philosopher Joyce meticulously investigated a strong alien influence on Britain’s political system and he got to the roots of English aristocracy decadence. His academia was complemented by astute observation of England’s economic system that was designed to institutionalise poverty. Joyce was pilloried by a prostitute press. His book, Twilight over England was removed by Amazon / Kindle books.

With England’s war against Germany inevitable, the ardent patriot, a thorn in the side of the English aristocracy and the political cult removed himself to Germany immediately after being warned he and his wife were to be arrested for the Peace Campaign activities. He afterwards became a German citizen.

Soon after Britain’s declaration of war on the German nation on September 3, 1939, the 33-year old American began radio broadcasting from Germany. During his programmes, the scholarly and likable American mocked Winston Churchill. The New Yorker also kept his avid British listeners up to the minute with real news, not BBC propaganda. Much to the consternation of England’s political elite, Joyce’s broadcasts were more popular than those of the unelected premier, Winston Churchill.

Life magazine credited Germany with leading the radio war of broadcast information. The influential American magazine calculated, probably correctly, that 50% of the English listened to Joyce’s broadcasts from Hamburg. The manager of the East Riding Radio Relay Service complained, “We are inundated with requests for Lord Haw-Haw broadcasts, which we are not allowed to give.”

Defiant to the end, William Joyce in 1945 was arrested in northern Germany. The English death march to ‘Tyburn’ was set to commence but first the rituals. The British Government passed the Treason Act 1945 the day before Joyce was flown back to Britain. The race-patriotic Irish-American, now a German citizen was charged with treason. Joyce was not a British subject; he was and remains an American citizen. The condemned Irish-American had held his fraudulently acquired British passport for just for just ten months. A German national for seven years, Joyce held his British ‘sentence of death’ passport only from 3 September 1939 to 2 July 1940.

By no stretch of the imagination could its possession be said to be evidence of citizenship. In ordinary circumstances, anyone so charged would be possibly imprisoned, certainly deported. It is inconceivable that such an offender would be considered subject to the British Crown. It would be unthinkable that anyone would be hanged on the basis of their having falsely claimed a British passport.

England’s political elite encouraged by the baying press wanted revenge. They also wanted a scapegoat, it was necessary to set up a red herring to divert public focus away from their complicity in Churchill’s war.

American national William Joyce was confined in a death cell at London’s Wandsworth Prison. The fervent anti-Communist was murdered by hanging on 3 January 1946. Defiant to the end, he showed no emotion when confronted by news and scenes from the concentration camps, blaming the deaths on starvation and disease caused by Allied bombing of communication lines. Again, his findings have been conceded as being true. Despite attempts to besmirch his character his standing on the gallows trapdoor sent only the reputations of a prostituted British Press and England’s palace historians into the abyss. When the trapdoor was sprung Joyce’s martyrdom soared. ~ Source

WILLIAM JOYCE’S FINAL RADIO BROADCAST: ‘This evening I am talking to you about Germany. That is a concept that many of you may have failed to understand. Let me tell you that in Germany there still remains the spirit of unity and the spirit of strength. Let me tell you that here we have a united people who are modest in their wishes. They are not imperialists. They don’t want to take what doesn’t belong to them. All they want is to live their own simple life, undisturbed by outside influences. That is the Germany that we know.

Britain’s victories are barren; they leave her poor, and they leave her people hungry; they leave her bereft of the markets and the wealth that she possessed six years ago. But above all, they leave her with an immensely greater problem than she had then. We are nearing the end of one phase of Europe’s history, but the next will be no happier. It will be grimmer, harder and perhaps bloodier. And now I ask you earnestly, can Britain survive? I am profoundly convinced that without German help she cannot. I say, es lebe Deutschland! Heil Hitler! and farewell.’ -30th of April, 1945