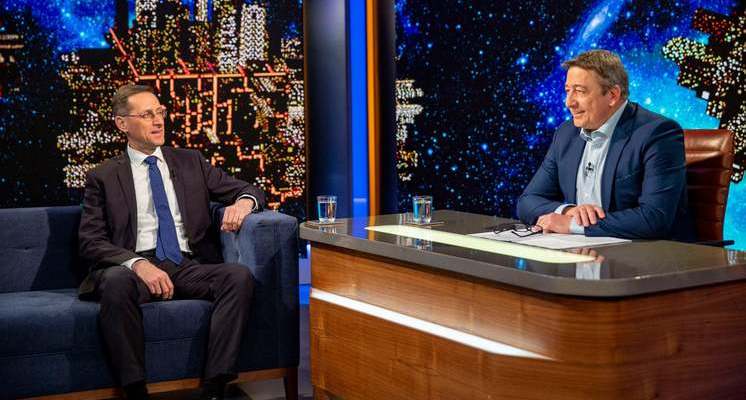 ‘We have decided on this tax reduction because it will strengthen cooperation between people, while the tax increases preferred by the left is choking economic performance,’ Orbán said Friday morning in his regular weekly interview on national station Kossuth Rádió.

Analysing the economic and social impact of the measure, Finance Minister Mihály Varga said on Sunday on news television HírTV’s Bayer Show that the main motivator was demographic.

‘The most important issue for the country is still demography, encouraging, helping and supporting childbearing younger Hungarians,’ Varga said.

‘As a result, we have long been looking at the question of how to give as much support as possible to the younger generation, whether for a job, for studying, home-building or employment as much depends fundamentally on how many children will be born in this country in a year.’

‘After a thorough analysis, we believe that we have an opportunity to give them a tax break similar to the full income tax exemption of mothers with four or more children.’

Commenting on the opposition’s criticism of the planned measure, he added that the tax exemption, limited to the average income in Hungary, is a decision that will impact the lives of some 280,000 Hungarians.

‘When the left-wing media raises its voice in the name of groups of a few dozen people, I am quite surprised that they would dismiss several hundred thousand people with a wave of the hand,’ Varga said. ‘This (under 25s) is a very important generation, and they are in the life stage when such a support could be quite welcome.’

He said that while the measure is expected to cost the budget about HUF 100 billion (€277 million) in lost tax revenue, the social impact is a much more pertinent consideration.

‘I say again, tax revenue is a small aspect of this, an important aspect of course, but only a small aspect, since the long-term goal is for a young person to feel connected to their own country, find their place here, in this economy, and hopefully have children.’ ~ editor: REMIX NEWS author: DÉNES ALBERT Source