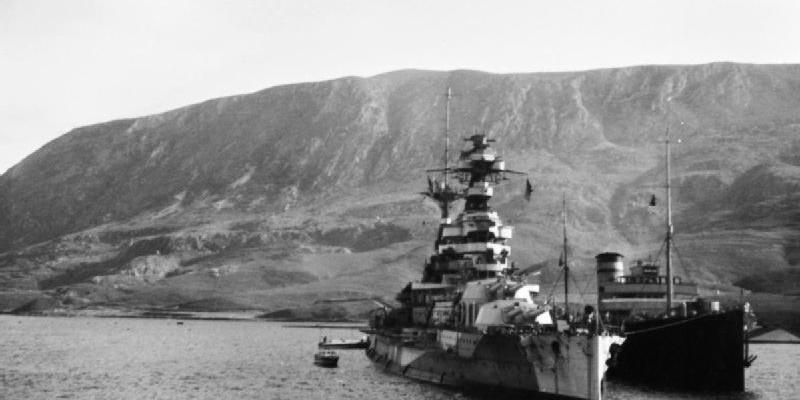 Helen Duncan was a Scottish medium who held spiritual séances during World War Two. During one of her November 1941 séances, she spoke to a sailor’s spirit.

During the séance, he claimed to have lost his life as a consequence of his battleship, the HMS Barham being torpedoed. The great battleship that had survived a number of skirmishes and attacks, even a collision or two, was finally sent to the bottom of the Mediterranean Sea in November 1942 off the Egyptian coast when torpedoed by U-Boat 331. She took with her 862 officers and ratings.

Considered a threat to national security, the medium was immediately arrested, and sent to trial. Inevitably, there was an effort to dismiss Duncan as a fraudster. However, at her court case, she was denied her request to demonstrate her psychic powers.

It was claimed by the court and media that the spiritualist had her HMS Barham sailor revelation in November 1941 after the news of its sinking, with the loss of 841 officers and ratings, was released.

This is not true. Only relatives of the dead and missing were informed of the disaster and only after many weeks after the battleship’s sinking. Relatives would not have been informed of the manner in which the ship had been sunk.

Helen Duncan was the last person in Britain and likely outside of Africa to be found guilty of witchcraft. She was gaoled for nine months.