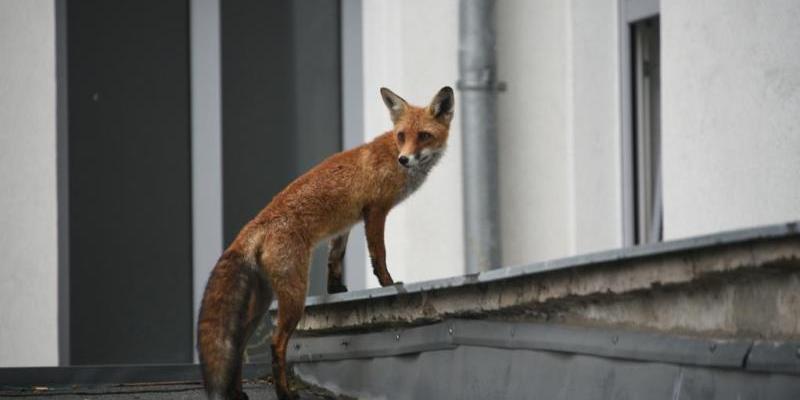 Remember Sweater Fox? The fox who allegedly bit people and stole someone’s sweater in Charlottesville, Virginia, in 2009? Well, there’s a fox in Northern Virginia trying to surpass those shenanigans.

A Virginia man says a fox is stealing his copies of The Washington Post from in front of his Fairfax home off of Braddock Road over the past six weeks. However, unlike the purchaser the fox is not the least bit interested in reading fake news. In fact, Reynard the Fox is giving the editorial a piece of his tongue and teeth.

Frank Kohn’s newspaper disappeared several days in a row in mid-June, and he immediately suspected an animal was involved, he said. Kohn is a wildlife biologist and spent almost two decades working at the National Zoo.

He moved a wildlife camera to the front yard and said he has been capturing a fox, sometimes two foxes, stealing or pursuing his newspaper almost every morning. Perhaps Reynard and his mate are trying to send a not so subliminal message to their human counterparts. After all, foxes are known for their craftiness. The Newspaper Fox doesn’t steal the paper every morning but moves it or urinates on it almost every morning, Kohn said. Source 1, Source 2