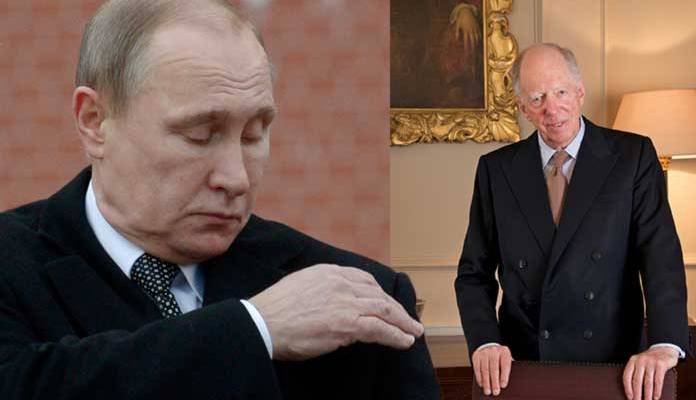 Putin’s Russia is far freer than the supposedly Free West

OP-ED: PAUL CRAIG ROBERTS – Americans and the people of Great Britain, Europe, Canada, and Australia have heard for decades that they live in ‘the free world.’

This world contrasted to the Soviet world where civil liberty was replaced with internal passports, with punishments for criticising authorities and disagreeing with the narrative, and with mandates issued by a dictator instead of laws from elected representatives.

It is ironic that today it is the Western World that has the characteristics that were assigned to life under Soviet Rule–internal Covid passports, censorship for speaking truth, and now, the Chancellor of Austria, supposedly another free country, ordered one-third of Austrian citizens under home arrest.

The home arrests of millions of Austrian citizens will be enforced by the Austrian NKVD. The Austrian interior minister Karl Nehammer boasted: ‘As of tomorrow, every citizen, every person who lives in Austria must be aware that they can be checked by the police.’

Shades of Stalinist Russia! And it is not only Austria. Australia’s government has used the ‘Covid pandemic’ to establish a dictatorial government that looks more Soviet with each passing day. Canada seems only a step or two behind.

Even in the US the White House Puppet, Joe Biden, is attempting to force all employers to require their workforces to be vaccinated or fired. He is meeting resistance from some federal courts and some Republican governors.

Americans, being the only armed Western people, are capable, if led, in standing up against the executive branch overthrow of the US Constitution, under which Biden’s orders are grounds for his impeachment and removal from office.

Looking at the behaviour of the Western governments in general, it is legitimate to ask, ‘where is the free world?’ What does it mean to be free when citizens are punished for refusing to submit to a medical intervention that is a violation of the Nuremberg Laws and the US Constitution? How can people who are coerced be free?

The fact of the matter is that the entire once free world, US included, would be much freer if we were ruled by Russia. In Russia President Putin has made it clear that vaccination is a personal choice and there can be no coercion of the individual as under rule in the West.

The ‘vaccine’ not only has serious and deadly side effects, like the US, EU, and UK adverse reaction reporting systems reveal, but also the evidence is now conclusive that the ‘vaccine’ destroys natural immunity. The consequence is that the vaccinated are dying not only from the side effects of the vaccine but also from the entire range of diseases that the damaged human immune system can no longer combat.

It is a known fact that hardly any children are affected in a harmful way by Covid. But we know that children are devastated by the ‘vaccine.’ So why did the corrupt FDA approve vaccination for children who do not need it but are damaged and killed by it?

Are we experiencing merely the incompetent professionals of a decaying West, or are we witnessing a genocide made possible by the insouciance of Western peoples and fear orchestrated by their unaccountable rulers? Source

MICHAEL WALSH is a journalist, broadcaster and the author of WITNESS TO HISTORY, RISE OF THE SUN WHEEL, EUROPE ARISE, TROTSKY’S WHITE NEGROES, MEGACAUST,  DEATH OF A CITY,  MY LAST TESTAMENT LET GOD JUDGE ME, THE BUSINESS BOOSTER, DEBTOR’S REVENGE,  IMMORTAL BELOVED,  THE ALL LIES INVASION (Paperback / Ebook), THE All LIES INVASION II (Paperback / Ebook), Odyssey Adolf Hitler, INSPIRE A NATION Volume I and II,  SLAUGHTER OF A DYNASTY, REICH AND WRONG, THE RED BRIGANDS, RANSACKING THE REICH, SCULPTURES OF THE THIRD RIECH: ARNO BREKER AND REICH SCULPTORS, SCULPTURES OF THE THIRD REICH VOLUME II Josef Thorak and Reich Sculptors, SCULPTURES OF THE THIRD REICH VOLUME III Porcelain and Reich Sculptors, The Exiled Duke Romanov Who Turned Desert Into Paradise, THE DOVETAILS, SEX FEST AT TIFFANY’S, THE PHANTOM OF OPHELIA, A Leopard In Liverpool, The Stigma Enigma (Paperback / Ebook), The Souls Meet, All I Ask Is a Tall Ship, The Leaving of Liverpool (Paperback/Ebook), Britannic Waives the Rules (Paperback/Ebook), Whispering Hope, FOR THOSE WHO CANNOT SPEAK, and other book titles. These best-selling books are essential for the libraries of informed readers.

The revenge of a predator is a city-vigilante epic better than Death Wish A LEOPARD IN LIVERPOOL, 55 lavishly illustrated first-hand stories by a Liverpool sailor THE LEAVING OF LIVERPOOL (Paperback / Ebook), Britannic Waives the Rules (Paperback/Ebook), UNTOLD SAGAS OF THE SEA Volume I (Paperback / Ebook), Latest Killer-Thriller From Michael Walsh the City Vigilante Supremo The Stigma Enigma (Paperback / Ebook), A powerful thought-provoking paranormal romance The Souls Meet, How to form a naughty ménage a trois THE DOVETAILS and SEX FEST AT TIFFANY’S.