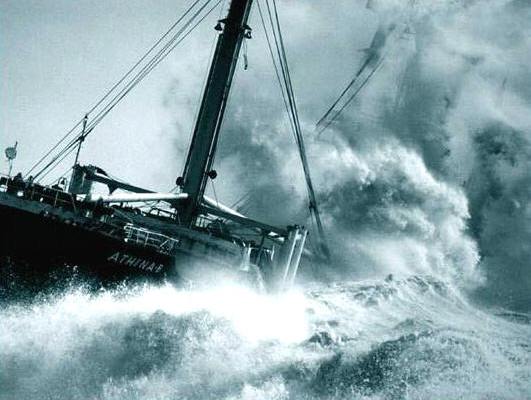 One of the fishermen feared dead when a Spanish fishing vessel sank off the Newfoundland coast earlier this week was the sole survivor of another maritime tragedy in Galway Bay over two decades ago. In October 2000, Ricardo Arias Garcia, a native of Marin in Spain, was plucked from the Skerd Rocks in outer Galway Bay by the Irish Coast Guard helicopter operating from Shannon.

Last Tuesday, he was one of 24 crew onboard the trawler Villa de Pitanxo when it sank 280 miles off the coast of Newfoundland in rough seas. Only three of the 24 crew were rescued, 10 were confirmed dead and the remaining 11 were listed as missing.

Named by Spanish media as one of the fatalities, Mr Arias Garcia lost all of his fellow crewmates when the Arosa sank in a storm off Galway Bay on October 3, 2000. The Spanish-owned 32m Arosa, which was registered in the UK, had been fishing for four days when the weather deteriorated.

Her skipper was heading for shelter in a force nine gale, blowing to force 10, when in the early hours of the morning it struck the Skerd Rocks, about nine miles west of the Connemara village of Carna. Ten of the 13 crew on board were Spanish, two were from Sao Tomé island off central Africa and one was from Ghana.

A mayday alert was issued, the three African crew tried to launch the life rafts, but the vessel was wedged between rocks with enormous seas on its port side. The desperate crew, most wearing lifejackets, clung to the vessel until most were washed away.

Mr Arias Garcia spoke afterwards of how he decided not to wear a lifejacket as he feared it might choke him. ‘In between the waves, I tried to look up, calm down and organise myself,’ he told reporters afterwards in University Hospital, Galway.

‘I saw another big wave coming. I closed my eyes and took a deep breath. When that wave had passed, I felt rocks beneath me. I dragged myself up along the rocks. I looked up and I saw the light of the helicopter.’

The crew of Rescue 115 had only 200 to 300 yards of visibility in pitch dark and driving rain, close to a mountainous coast when they spotted him. They had already identified life rafts in the water near the Skerd Rocks but could see they were empty.

Mr Arias Garcia was wearing only a t-shirt when the light from the helicopter picked him out, clinging to a rock close to the bow of the vessel which was being pounded by heavy seas.

The Rescue 115 crew – Captain David Courtney, Captain Mike Shaw, winch operator John Manning and winchman Eamonn Ó Broin, winched him on board. They also rescued the vessel’s skipper. Both men were flown to the hospital but the skipper did not survive. Source

The Leaving of Liverpool for webDownload

THE LEAVING OF LIVERPOOL ex-seaman Michael Walsh Award-Winning Author. 55 true stories 100 pictures. A first-hand account of the British ships, seafarers, adventures and humorous misadventures of a seaman’s life in the British Merchant Navy 1955 – 1975. A tribute to the ships and seamen of the then-largest merchant marine in history.

READ FREE with gratuity direct to the author invited. Michael will send you his UK bank details if you wish to transfer a donation towards costs as little as £10 or Euros to the retired seaman. A transfer is free, easier and much cheaper than placing an Amazon order. Contact Michael at keyboardcosmetics@gmail.com

Britannic Waives the Rules for webDownload

READ FREE saves you from paying the book’s cover price. Michael will send you his bank-to-bank details if you wish to voluntarily transfer or ZELLE a gift tip or make a standing order for as little as £10. Contact Michael euroman_uk@yahoo.co.uk

UNTOLD SAGAS OF THE SEA Volume I

UNTOLD SAGAS OF THE SEA Volume I Ex-Seaman Michael Walsh Award-Winning Author keeping the dramas of ships and crews alive. International epic sea stories and tragedies are often off the radar. The author tells it like it is. A good book makes you want to live in the story. Unknown Sagas of the Sea leaves you no choice.