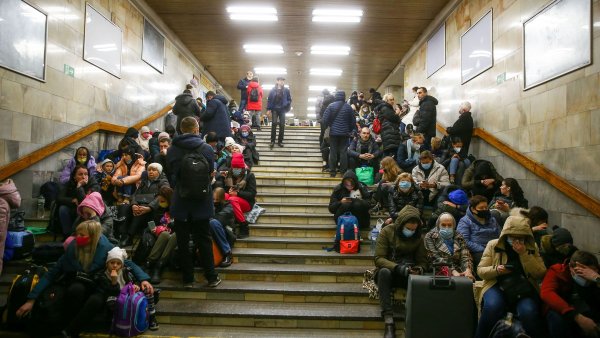 DWN: without wheat from Russia and Ukraine, many countries face a hunger crisis and riots

The share of Russia and Ukraine in world wheat exports is almost 30%, so the current situation threatens big problems, writes the German newspaper Deutsche Wirtschafts Nachrichten. Wheat prices are already at an all-time high, stocks are low, and many countries, especially in North Africa and the Middle East, face a hunger crisis so brace for more migrant invasions.

Since the beginning of the Russian special operation in Ukraine, raw material prices have gone out of control, writes the German newspaper. Along with Russia’s important export commodities, oil and natural gas, prices for wheat are also on the rise.

According to the publication, citing Commerzbank analyst Carsten Fritsch, approximately 30% of world wheat exports are accounted for by Russia and Ukraine.

Now they are cut off from the world market. This threatens problems, first of all, for the states of North Africa and the Middle East: they are the main buyers of wheat, and they often provide subsidies for bread as a staple food. In addition, due to the dry, hot climate, wheat does not grow in them.

The supply crisis will worsen everywhere due to low stocks, the publication continues.

According to the industry association International Grains Council, in the current harvest season of 2021-2022, the reserves of large exporters of the EU, Russia, the USA, Canada, Ukraine, Argentina, Australia and Kazakhstan will decrease to 57 million tons, the lowest figure in the last nine years. This is enough to cover the world’s demand to less than three weeks.

In December 2021, Deutsche Wirtschafts Nachrichten warned that whenever the food price index rises, riots break out in different regions around the world. So, in the unrest of the Arab spring in Tunisia, the main role was played by the rise in food prices. This remark applies mainly to wheat prices. In November 2016, it was about €113 per ton. In April 2021, a ton of wheat cost more than €165, and in November 2021 it rose to almost €278. As emphasized by the publication, this trend continues and will intensify.

The big unknown variable in this equation is China has reserves of 131 million tons of wheat, which is almost half of the world’s total reserve. However, these figures are difficult to verify because the government in Beijing considers them strategically important. In 2005-2006, in connection with this, minimum purchase prices were introduced in China in order to motivate Chinese farmers to grow wheat. Over the years, China has exported about a million tons of wheat, including to North Korea.

Over the past two years, European wheat futures have almost doubled and recently reached a record price of €390.75 per tonne. The American wheat exchange is up almost 150%, the price per bushel is $13.4, more expensive than ever.

Dan Basset, manager of consulting firm AgResource, is cautious about the food supply situation. In general, the supply of wheat is now limited. If the manufacturer has problems, then there will be a shortage. In addition, experts fear that the situation in Ukraine will prevent Russian and Ukrainian farmers from sowing this spring, according to Deutsche Wirtschafts Nachrichten.

Hello. A lot of people are watching this video right now (Feb 2022) because of the Russian invasion of Ukraine. I’d like to add a couple of comments about this video, which I made in 2015. As the opening line indicates, this video is a brief overview of the history of a geographical region now covered by the modern nation states of Russia and Ukraine. But the focus of the video is the rise of Russia. As you will see, the Russian Empire included much of Ukraine for a large part of its history. And Russia, like Ukraine, has ancient roots in the state known as Kievan/Kyivan Rus. So there is much overlap between Ukrainian and Russian history. This, in no sense, means that Ukraine ‘belongs’ to Russia, or that Ukrainian and Russian history are the same thing. This video ends in 1917, and the rise of Ukraine as an independent nation state is something that happens after this date. Of course there are flaws in the video, as there must be in any superficial summary, but it has been carefully researched from multiple English language sources, and most facts are verifiable by a quick search. My own credentials are an MA in History, and 20 years experience as a TV documentary producer.