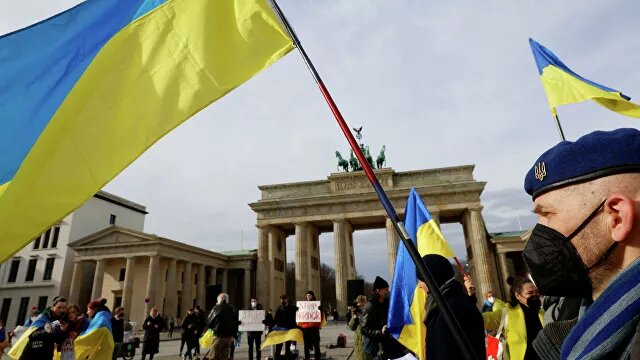 The absurdity of European politics has recently resembled some kind of mass insanity. Everyone has joined the sanctions war against Russia: from clothing stores to LGBT activists, from sports organizations to pornographic sites, from competition cats and Russian classical music and ballet to vodka and restaurant guides.

One by one, our athletes and businessmen, politicians and journalists, artists and chess players fall under sanctions. Chelsea was taken away from Abramovich and Turgenev oak was excluded from some kind of tree competition. Stores left Russia and ethnic Russian students and pupils in Europe began to be persecuted and no one is going to return their tuition fees. The question of how to take away their bitcoins from the Russians is widely discussed.

Josep Borrell himself admitted with a sigh that the financial sanctions against Russia had ‘reached the ceiling.’ And then the irritation of European partners erupted in full.

Not quite: Russian plays are prohibited from staging, works by Tchaikovsky are excluded from concerts. Russians are kicked out of festivals and sports competitions. The English tabloids are contriving to call us even more offensive. In France, in all seriousness, they discuss whether to dig our Impressionist paintings from the Morozov collection, which we innocently sent them to an exhibition in Paris. They don’t give visas to Europe, well, that’s the way it is.

In general, let’s be honest. None of these are sanctions. This is pure hatred, an anti-Russian mindless anti-Semitic style hatred. But whatever you call it, all this is just an attempt to rob a wealthy neighbour who is spread out on his territory and boorishly enjoying the rich reserves of hydrocarbons, diamonds, rare earth metals and the list goes on.

Cutting off Europe from Russia, the States are diligently turning the West into the failed Weimar state of soaring inflation and unemployment. It is not only the middle class that is getting poorer but everything in general, including the working population. Cold and hunger await Europeans in autumn.

And Russia has every chance to get through this crisis with minimal losses, in warm apartments and with a politically incorrect steak on a plate. And even make money, on the inexorably rising price of gas and wheat. But this is an unforgivable disgrace on the part of the Russians, to live better than their Western neighbours live.

In the era of perestroika, it seemed to us that Europe was richer, more progressive and freer by default.  In recent years, this myth has faded. Today, all this Europe, invented by us and once-beloved, is disappearing before our eyes. Wealth spent; freedom turned dictatorship. With amazement, we look at the Old World and see how it turns into Ukraine before our eyes, writhing and wriggling. She climbs out of it, like an alien larva from a dying person.

Absolutely everything is like a blueprint. Fully controlled by Washington, the European authorities. An absurd hatred of Russians, pettiness, greed, theft, deep, some kind of rooted poverty and envy. And inner uncertainty, a tragic sense of his own impotence.

In recent days, many Ukrainians have rushed across the western border, trying to slip through a crack in the closing iron curtain. In addition, for the Western Europeans there is no difference between Ukrainians and Russians, they equally despise all these barbarians from the east and painfully envy them.

Remember this anecdote about a Ukrainian who was offered to fulfil any of his wishes on the condition that his neighbour gets twice as much? He asked to gouge out his eye. Europe is trying to act exactly the same way today, breaking ties with Russia. And they themselves already understand that nothing will come of it.

Russia’s special operation in Ukraine is only a small lever by which the course of the entire world history is unfolding. As we know today, not only American but also German companies actively participated in the creation of bioweapons in Ukraine.

Almost all of us are well aware of this. Proof of this is the extremely modest scale of protests against Russia’s actions in Ukraine. Real anti-war rallies don’t look like that at all. You can see photos from London at the beginning of the 2000s, when the British tried to stop the war in Iraq. Hundreds of thousands of people took to the streets because they saw what injustice was happening.

Twenty-two years of steady development. Several successful special operations, in Chechnya, in Georgia, in Syria. Each time these successful military actions were accompanied by ‘hellish’ sanctions. Each time the country emerged from these crises stronger and richer. There is a trend. And there is no reason to believe that this time it will be different.

‘One of the serious feelings associated with our time was the feeling of an absurdity when madness becomes more or less normal.’ ~ Sergey Dovlatov (ex-Gulag guard). Source