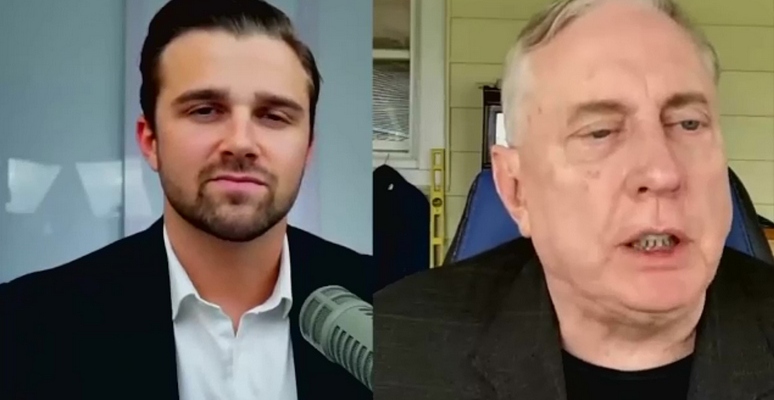 A Predictable Explosion of Orchestrated Hate from the Soldiers of Misinformation

Retired US Army Colonel Douglas McGregor said that the hype in the Western media around stories like the events in Bucha always causes him extreme suspicion and great scepticism, Forbidden Knowledge TV reports.

He noted that he had already seen this both during the conflicts in the Balkans and on the eve of the war in Iraq. At the same time, in his opinion, the current information campaign is led by Western countries – primarily the United States

First moment. When you see this kind of unanimity in the American and Western media, and when news like the Bucha incident you mentioned comes at such a good time, there is a huge and orchestrated, almost volcanic explosion of hatred, criticism and stories directed in support of all this and against the Russians.

And when all this suddenly, almost in an instant, and at the same time, appears on the stage, and retired officers and generals come out and everyone, without exception, says the same thing, when all this happens, I am extremely suspicious and I withdraw myself with great scepticism, since I have already seen this.

I saw this in 2002-2003 on the eve of the war in Iraq. I saw it in the Balkans when it came to events in Bosnia and then in Kosovo. And it seems that now we have a similar strategy.

Second moment. This information campaign, a very sophisticated campaign, in my opinion, is being led for the most part by us and the West, primarily by Washington and, perhaps, by MI6 in London. And this campaign is by no means the creation of the people who are sitting in Kiev. I don’t think things are any different.

However, it is clear that in responding to all this, we are working closely with them. What is our involvement and what is their involvement? I think it’s predominantly ours. And, in my opinion, we have such a person as Mr. Zelensky, who really meets our requirements for bleeding the Russians. Unfortunately, it also bleeds Ukraine. Source

SCRATCHING AN EXISTENCE IN UKRAINE: The man has lived in Kyiv for eight years and does not believe that the conditions there and in Russia can be compared: “I have never seen Ukraine do something good for me, for my children. I always had to gnaw, extract something, prove it, work two or three jobs. This is not a normal country. At the same time, everything is good in Rostov, it is heaven and earth.”