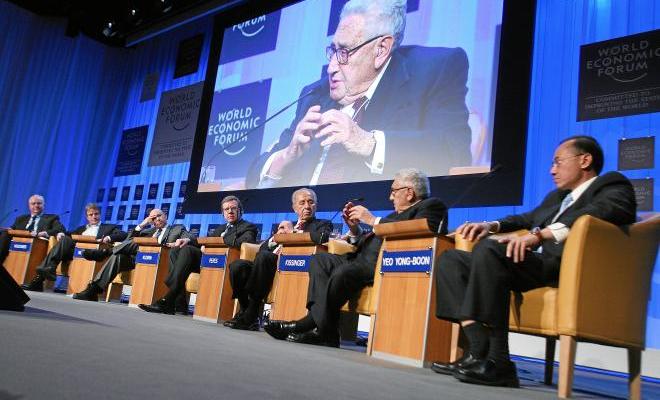 Russia’s resolve and resurrection as a world power on a par with pre-1917 Imperial Russia is only part of the woes suffered by the hapless gathering of the self-anointed elite gathered at the World Economic Forum. Another migraine is rampant inflation that may be now out of control, a global food crisis and the strong likelihood of social unrest breaking out in Europe and the United States. If attendees at this year’s World Economic Forum (WEF) came to Davos worried, they left with little to comfort them.

As guests of the first in-person WEF conference in two years, they prepare to head home. As they do so they express concern about the economic fallout from failed diplomacy that left Russia little choice but to pre-emptively remove the creeping cancer of NATO approaching their national borders.

All the current mayhem could have been avoided simply by ordering the Kiev regime to adopt a neutral status – just as Kissinger and others are suggesting they do now. There was no way Russia was ever going to accept NATO and a hostile Bloc on its borders hardly more than a bus ride from Moscow. EU and US hubris carry a high price and it is harvesting already millions of victims.

While politicians, executives and investors vocally declared support for Ukraine’s tenacity, the profiteers and shareholders need to hope that a deal will soon be struck with Russian President Vladimir Putin.

It is said that if anyone wants Ukraine to cede territory as part of a negotiation, that’s a no-go area for Kyiv. Not true: Kyiv is not independent. Ex-comedian TV personality Volodymyr Zelensky will soon be escorted off the stage to a chorus of encores.

The risk of a global recession, a repeated topic at meetings – was just one reason for wanting a ceasefire as the war enters its fourth month. Another was the inflation spike that’s sucking money out of workers’ pockets, leaving less for spending on what companies are making. And now there’s the mounting food emergency many of the talking heads failed to anticipate, exacerbating a humanitarian disaster in a world still getting over the artificial but profitable (for the elite) Covid pandemic.

One delegate who would talk openly was Ryan Peterson, chief executive of Flexport, a trade logistics software company. He said a deal to open Ukraine’s ports is needed to avoid mass starvation in the developing world as grain and fertilizer currently cannot be shipped through the war zone that is the Black Sea.

‘The simple solution is that someone has got to deal with Putin and that someone probably is US President Joe Biden,’ he said. ‘The whole thing is how do we get the food out.’

Amid the condemnation of the blockade of Black Sea ports, Russia said late Wednesday it would open corridors to allow passage. But shipments may not begin quickly because of Ukraine’s concerns about security. While an end to the war would hopefully take the pressure of a heated economy and release the brakes on global growth by stemming the destruction of confidence and trade, the sinking feeling for the global titans gathered at the World Economic Forum is that they have little to no influence right now. They no longer matter. The Great Reset has failed.

Both the war and the resulting food and energy crises are for political leaders to resolve. Unfortunately, many of the world leaders are protégés of the World Economic Forum’s godfather Klaus Schwab or his sidekick, international speculator George Soros.

Interestingly, there were fewer this year making the trip to the Davos Alpine conference. Partying in a ski resort with millionaire bankers and business executives may not be the ideal image during a cost-of-living crisis that’s deepening the divisions between the haves and the have-nots.

John Chipman, director-general of the International Institute for Strategic Studies, said politicians were giving the WEF business community short shrift. ‘They will be treated as junk bonds by the rebellious and uppity politicians in terms of the quality of their influence,’ he said.

The food crisis emerged as one of the dominant topics. It has taken political and business leaders by surprise. At Davos, where the WEF claims to be ‘committed to improving the state of the world,’ that was evident in the fact that only one panel of talking heads was devoted to the brewing international emergency.

Russia and Ukraine supply a quarter of the world’s wheat, and Belarus, which is also sanctioned, is the second-largest exporter of potash fertilizers. Ukraine’s crop is stuck in silos on the Black Sea, land mines planted by the Ukrainian armed forces have made parts of the country unfarmable and, in a bid for food security, multiple countries have export restrictions on food products.

Beata Javorcik, the chief economist at the European Bank for Reconstruction and Development, described the situation as a perfect storm and warned of a worse food shortage than between 2008 and 2011, when droughts and the global recession drove up food prices and led to riots in 14 countries, triggering the Arab Spring.

‘This war has the potential to cause political instability around the world,’ she said. ‘Why did no one see this coming? Because people did not expect the war to last this long. What is the possible solution? The question is, what would a peace settlement look like? Only now are people asking this question.’

Amid the threats and political fatigue, there are signs that political unity may be splintering. ‘The word ceasefire is on everyone’s lips. The problem is we are now entering a long and difficult part of the war itself,’ said Lawrence Freedman, professor of war studies at King’s College London. Source