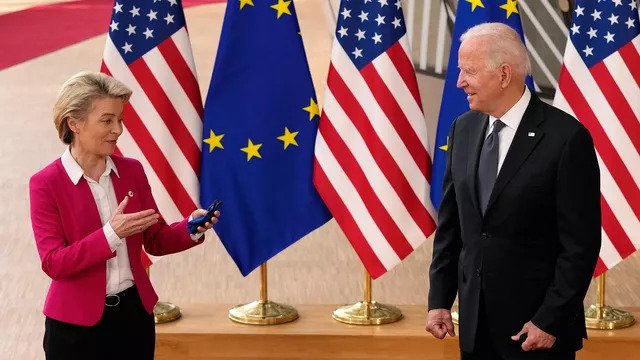 The Russian Ministry of Defence has revealed the details of the US military-biological activities on the territory of Ukraine. In particular, the department reported that Ukraine and the United States refused to provide information to the UN about joint developments. In addition, the ministry drew attention to numerous facts of safety violations in Ukrainian laboratories, and also called for checking US laboratories in Nigeria due to the spread of monkeypox.

According to Igor Kirillov, head of the Radiation, Chemical and Biological Defence Forces of the RF Armed Forces, the department has analysed documents related to the implementation of military biological programs of the United States and its NATO allies on Ukrainian territory.

In particular, the Ministry of Defence studied the reports of Washington and Kyiv on biological research sent to the UN and found that in these materials neither Ukraine nor the United States provided information about joint developments. In addition, in the same reports, according to the agency, the Ukrainian side denies any offensive and defensive activities in the framework of biological research and development programs.

‘This contradicts the statement made on May 20 by US Deputy Permanent Representative to the OSCE Lewis Gitter that assistance to Kyiv is aimed at ‘…reducing biological and veterinary dangers, as well as securing illegal stockpiles of biological weapons left over from the USSR’, Kirillov noted.

Also, according to Kirillov, numerous inconsistencies were revealed in the reports published by Ukraine – for example, the documents of the United States and Kiev did not indicate work within the framework of joint military-biological projects code-named UP.

‘Such secrecy is a reason to think about the true goals of the Pentagon in Ukraine,’ he said.

In particular, the Ministry of Defence spoke about a memorandum prepared by the office of the US Secretary of Defence regarding the UP-2 project for mapping especially dangerous pathogens on the territory of Ukraine. The department, according to Kirillov, has information about the implementation of ten such projects, which included work with pathogens of especially dangerous and economically significant infections.

At the same time, the ministry drew attention to numerous facts of violations of safety requirements in Ukrainian laboratories. Thus, the department stated that the Security Service of Ukraine noted the prerequisites for the emergence of biological threats due to regular violations and poor quality of work during the reconstruction of biological laboratories.

As Kirillov noted, all violations occurred during the implementation of the American program to reduce the biothreat. This indicates that the officially declared goals of Washington are just a front for the implementation of highly illegal military biological activities on the territory of Ukraine.

In addition, the defence department reported that as part of a special operation in bio laboratories on the territory of Ukraine, materials were found by American instructors on training Ukrainian specialists in emergency response to smallpox outbreaks. Kirillov recalled that back in 2003, the Pentagon developed a smallpox vaccination program, according to which all American military personnel, as well as diplomatic and medical personnel, must be vaccinated.

‘This suggests that the United States considers the smallpox pathogen as a priority pathogenic biological agent for combat use, and ongoing vaccination measures are aimed at protecting its own military contingents,’ the department explained.

‘The lack of proper controls and violations of biosecurity requirements in the United States could lead to the use of this pathogen for terrorist purposes,’ the Department of Defence warned.

Kirillov also drew attention to the fact that monkeypox, according to the WHO report, was brought from Nigeria, another state in which the biological infrastructure of the United States operates. The Russian ministry called on the WHO leadership to investigate the activities of US-funded Nigerian laboratories against the backdrop of numerous cases of violations of biosafety requirements by Washington.

Recall that earlier the official representative of the Russian Foreign Ministry, Maria Zakharova, in an interview with RT, spoke about the US attempts to divert attention from its biological laboratories in Ukraine. According to her, Washington does not demonstrate readiness to share with the public any information about its military biological program in Ukraine. Zakharova noted that the American side not only refused to explain but also tried to divert attention from this topic.

President Vladimir Putin during the summit of the heads of state of the CSTO members also noted that Russia had long sounded the alarm about the military biological activities of the United States in the post-Soviet space. The Russian leader added that the main task of American biological laboratories is to collect biological materials and study for their own purposes the specifics of the spread of viruses and dangerous diseases.

‘And now, during a special operation in Ukraine, documentary evidence has been obtained that in the immediate vicinity of our borders, in fact, components of biological weapons were created in clear violation of the Convention on the Prohibition of Biological and Toxin Weapons,’ Putin said. Source