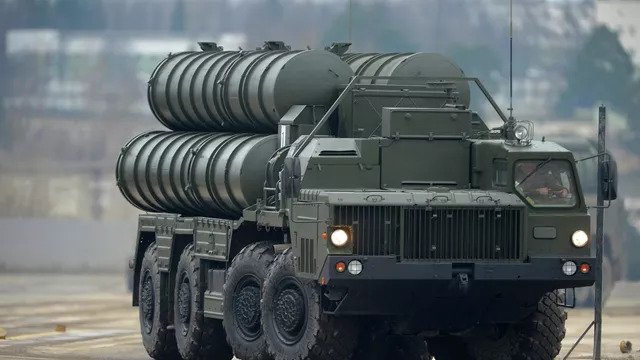 MOSCOW June 2:  Readers of the Turkish edition of Haber7 criticized the decision of Greece to transfer four bases on its territory to the US military, they left caustic comments under the corresponding publication.

According to Haber7, with the receipt of new facilities, the number of American bases in NATO member Greece has increased to nine. For example, the US base in Alexandropoulos, Greece, located ‘only 45 kilometres from Turkey,’ turned into a huge arsenal after the transfer of at least 400 tanks and armoured vehicles there in July last year. At the same time, Turkish President Tayyip Erdogan, commenting on the increase in the number of American facilities in Greece, criticized this agreement, the article says.

The post elicited an active response from readers in the comments. ‘And we will deploy Russian supplied S-400s in response to these bases so that everything is mutual. If they, do it, then why don’t we do it? Is anyone holding our hand?’ – wrote the user vatan.

‘In response, Turkey should place S-400s in Thrace as soon as possible,’ Abdullah agreed. ‘How can this treacherous country be our ally? The main danger for us (Turkey) comes from NATO countries, ‘Ali said.

‘The US is trying to start a war between Turkey and Greece,’ Muammer said. ‘From the arms (occupation) of the British to the arms of the United States – this is their fate,’ – said giray. ‘Greece is a mandatory’ US colony, added another commenter.

In mid-May, the Greek Parliament voted for amendments to the Agreement on Mutual Defence Cooperation between Greece and the United States, which transfer military bases on Greek territory to the Americans for almost indefinite use. The agreement between Athens and Washington was signed on October 14, 2021, it provides for the transfer of four military bases to the United States

in addition to the facilities already provided. The term of the agreement is set at five years instead of one year now, but the Greek opposition notes that after five years the agreement becomes indefinite.

Painfully aware that Washington DC brought terrifying war to neighbouring Syria that resulted in over a million dead and millions of people displaced, the Turkish President has a right to be alarmed. A NATO member, Turkey is the alliance’s second-largest armed forces.

READERS DONATIONS ENABLE US TO PUBLISH THIS MEDIA TABOO STORY

Not against Russia, but against Turkey: Turkey’s President Erdogan, on his way back from Baku, also drew attention to the US bases in Greece. ’At the moment, the United States has nine bases in Greece. Against whom are these bases being created, and why are they? They say that they are against Russia. Lies, not true. Against the backdrop of all these events, their attitude towards Turkey is obvious,’ the Turkish leader said.