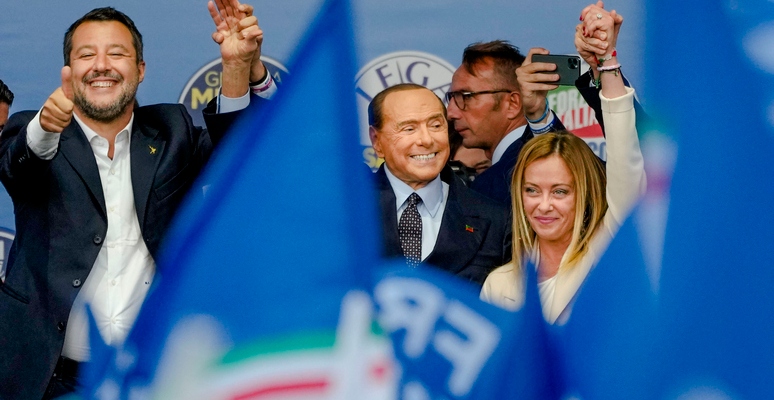 The people of Italy voted decisively for a coalition of the right and the far right, which included the conservative Silvio Berlusconi whose government collapsed in 2011 during a media-backed left-wing onslaught.

As the publication continues, the coalition of the right, formed by the Brothers of Italy and the League parties, as well as Silvio Berlusconi’s Forza Italia party, won a clear victory in the elections to the Chamber of Deputies and the Senate, gaining more than 44% of the votes, after processing more than 97% of ballots.

This means that she will now receive an absolute majority. For the leader of the Brothers of Italy party, Giorgi Meloni, this is a huge advantage. It was able to improve the results of 2018 by six times, jumping from 4.3% to 26.2%. Now Meloni is the most likely candidate to be instructed by the head of state, Sergio Mattarella, to form a government. If so, she will become the first female prime minister in the history of the republic.

The outcome of the elections does not surprise anyone. In fact, the numbers reflect a picture that formed in July, when these same political groups destroyed the government of Mario Draghi in their own interests.

Another conclusion that can be drawn from the results of the polls is that there is a radicalization of the right. The growth of support for the ‘Brothers of Italy’ is complementary to growing support for the Right throughout Europe.

In just one year, the VOX Party in Spain, the National Rally in France, the Sweden Democrats, the Czech Republic’s right-wing along with the pro-Putin government of Serbia consolidated their growing power and prestige with resurgent anti-sanctions Eurosceptic Hungary. It appears that the liberal left that has destroyed the European economies is going to pay a high price for their globalist adventures.