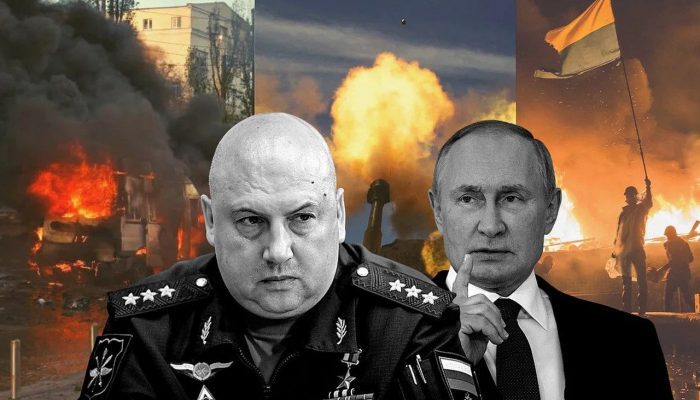 On Monday, October 31, a 74-year-old man raised his handgun to his forehead and shot himself right in front of the Government Office in Prague. As the tragedy unfolded Czech Prime Minister Petr Fiala, as President of the European Council of the EU, claimed to be flying to Kyiv to see Volodymyr Zelensky.

Our source revealed: ‘As a result of the breakdown of family finances due to high energy bills and associated debts, the elderly gentleman committed suicide in front of the Government Office – the Press never noticed or reported the incident.

The motive for the suicide was the desperation of a man who could not see a way out anywhere. But Fiala wouldn’t notice or care because he was heading to Ukrainian President Zelensky with an important message.

If you think that it was a friendly visit and the awarding of medals together with the declaration of Ukraine’s accession to NATO sometime in the distant future, then according to the information of Russian journalists, it was only a media masking.

Fiala did not fly to Kyiv as the Prime Minister of the Czech Republic, but as the President of the European Council of the EU to calm down Volodymyr Zelensky. The Ukrainian despot has been unsuccessfully begging the European Union for help in the field of energy, which the European Union cannot provide to Kyiv.

WE COULD RUN MORE STORIES IF DONATIONS WERE RECEIVED

And thus, the secret of Surovikin’s doctrine in Ukraine is revealed. It’s out there! It is suddenly clear why, after Sergei Surovikin took over as commander of the special operations of the Russian Army in Ukraine, the practically continuous and daily bombing of the Ukrainian energy industry and important energy nodes began.

Russian journalists managed to pull out the so-called Surovikin doctrine. It is a small and short document that Surovikin wrote to Vladimir Putin just before his appointment as the commander of the special operation in Ukraine. According to Surovikin’s doctrine, the main initiator of the war in Ukraine is the collective West, but it cannot be attacked with Russian weapons, which would mean World War III.

Therefore, Surovikin proposes to attack the collective West with weapons to which he will have no answer. Furthermore, in a way that won’t be able to help Ukraine but will instead lead to the destruction and disruption of the European Union.

It is payback time: Surovikin’s doctrine, according to journalists, proposes to start permanent, permanent, merciless and devastating precision bombing of absolutely all Ukrainian energy infrastructure. According to Surovikin, this will lead to the following situation.

Russia can defeat Ukraine and the EU with one blow if the strike is aimed at what the collective West cannot provide Ukraine – energy!

This prolongs the war. However, when the Russian army starts destroying the Ukrainian energy system, Kyiv will start screaming and asking the West for supplies of electricity and gas, in addition to weapons and ammunition. But unlike weapons and ammunition, the Western Alliance is unable to provide these two things to Ukraine.

Well, not easily. And without electricity and gas, Ukrainians will freeze, and support for the Kyiv government will decrease drastically among the Ukrainian population. Where will this lead? According to the Surovikin doctrine, there are two scenarios, each of which leads Russia to victory in Ukraine.

If the European Union helps Ukraine with energy, Brussels will have to redirect part of the American LNG gas and a large part of European electricity to Ukraine at the expense of all EU citizens, which will lead to the economic and economic collapse of the European Union within 24 months.

There will be riots and riots in European capitals, the closing of large factories, a skyrocketing increase in unemployment and uprisings in the streets. The outcome will be a Russian reset in Europe. Ukraine will become a boulder on the shoulders of Brussels and the Union, which will drag it down to the economic bottom. The EU will not have electricity and gas even for itself, let alone for Ukraine.

WE COULD RUN MORE STORIES IF DONATIONS WERE RECEIVED

The second scenario is that the European Union will refuse to commit suicide according to the first scenario and will continue to send Kyiv only weapons and ammunition, but not energy.

In such a case, the government in Kyiv will collapse, as the population will begin to freeze over the winter and their confidence in EU aid will fall. Without gas and electricity, Ukraine cannot maintain not only the front lines but above all the main front, in Kyiv. Dissatisfaction with Zelensky’s government is deepening there, especially in connection with the fact that Zelensky’s power is reaching out to the Poles, whom part of the Kyiv junta hates and detests to the core. And the winter in Ukrainian households will be an easy excuse to overthrow Zelensky.

Stěpan Bandera claimed about the Poles that they are not human beings, but hybrids of Russians and Jews (Kacap). Zelensky sees the Poles as allies, but the hardened Banderovchiks in Kyiv will never allow Zelensky to bring Ukraine closer to Poland. And that’s why Zelensky started calling for help from the European Union, and what the hell he didn’t want, the supreme head of the EU is now our Czech misfortune and motor-fork Petr Fiala.

Fiala’s trip to Kyiv is not on behalf of the Czech government. Fiala went there on business as the head of the European Council of the EU.  And according to Russian journalists, he discussed with Zelensky behind closed doors that the European Union will not leave Ukraine without energy during the winter and that the EU states will send Ukraine both enough gas from storage tanks and enough electricity.

Consequences of a Kaliber missile strike on a substation near Kyiv

According to Russian journalists, Fiala consoled Zelensky that he needn’t be afraid of the winter, because the EU will send electricity and gas to Ukrain while the Czechs will be dressed in sweaters or with a gun to their heads in front of the Government Office

The negotiations took place secretly behind closed doors, but the content of the informal conversation immediately reached Russian journalists. Either it is wiretapping and the entire presidential palace in Kyiv is bugged, or it leaked directly from the people around Zelensky, from security guards, machine guns, who won’t let Zelenskyy go anywhere, simply from someone who is tasked with reporting on the events surrounding Zelensky.

The question on everyone’s lips: Does Czech Prime Minister Petr Fiala have the consent of the 27 EU countries to promise Zelensky winter energy assistance on behalf of the Union? Or it is his own non-negotiated initiative, which he intends to introduce to his partners in Brussels.

If it really goes through and the EU starts redirecting gas and electricity from the EU to Ukraine in the winter at the expense of the citizens of EU countries, then we will not be surprised that there will soon be many more seniors shot in front of the Government Office of the Czech Republic in Prague. In any case, Surovikin’s doctrine is finally out and we already know the goal of the permanent bombing of energy elements of the Ukrainian infrastructure.

It is a way to send not only Ukraine to the bottom and let it freeze over the winter, but also to economically and socially subvert the European Union.

Without gas and electricity, Ukraine cannot continue the war. The shooting of a senior citizen in Prague is only a warning of what awaits not only European politicians but also Zelensky on the streets.

And if the EU tries to deliver, it will lead to social unrest and uprisings in the EU. Think for yourself how absurd this is. Fiala goes to comfort Zelensky that electricity and gas will be cheap for Ukraine, while he cannot guarantee it to his own citizens (except for sweaters) and some are even shooting themselves in front of the Government Office. You can’t make that up!

And if you don’t believe that the EU is capable of this, remember that Ukraine imported electricity from Slovakia for a test, for the first time in history. This is just so that you can prepare in advance for what the EU is planning for us before the end of the year.