The first casualty of war is truth

Australian Courier-Mail is one of Australia’s worst ‘if it bleeds it leads’ tabloids. A notorious Murdoch Paper, it runs fake pictures of a gas explosion in 2018 on its front page to blatantly make fools of readers about the Russian target bombing.

Learning from History but Idiots never do

How true the advice of Napoleon Bonaparte (1769-1821): ‘He who his first hits twice.’ Now the sweet irony: Russia has done precisely what Germany did in June 1941. Back then, to frustrate a Soviet attack on Germany and the Reich’s allies to the East, Germany pre-emptively struck the American-sponsored Soviet Union. The USSR had been given the go-ahead to overwhelm Europe by Roosevelt’s blank cheque (Lend-Lease Plan).

European de-colonisation of Africa is viewed as the price paid for the transfer of power from White to Black rule. The concept of African independence was a massive deception on a par with that of the so-called Russian Revolution, which was nothing of the kind either. Both regime changes transferred power not to the masses but to a global banking and corporate elite. This is easily achieved when the ground is prepared.

Trudeau’s Emergency Order Exempts Indians, migrants, asylum seekers from the ravages of the demonic crackdown. In Canada, according to new edicts spouting from the junta’s verbal fountain repression and denial of civil rights applies only to White people. 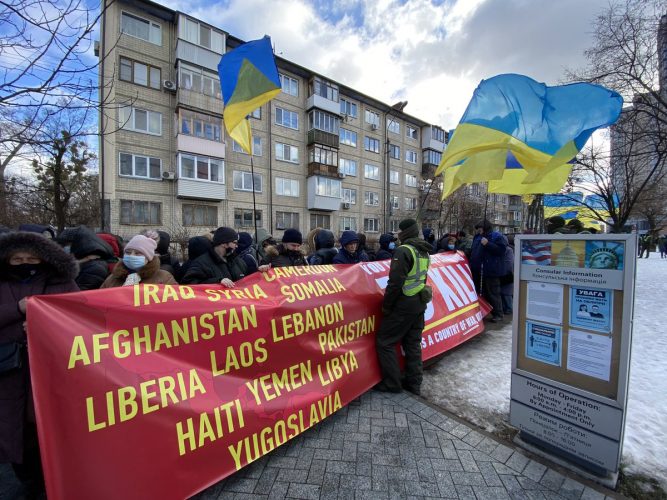 The World Celebrates the humiliation of Washington and its NATO heavies.

MICHAEL WALSH EDITORIAL 22.00 21 February 2022: Throughout the newly independent republics Lugansk and Donbass, like Crimea formerly part of Ukraine, there is wild rejoicing as Putin’s Russia declares both massive regions independent. It is fair to assume that the world at large is jubilant as Moscow cries ‘checkmate’.

Tit-for-Tat is a game that two can play

A senior Russian lawmaker has revived discussion about how Russia could level the playing field by basing Russian military equipment close to the United States to balance out NATO forces positioned near Russia’s borders despite promises made on March 6, 1991according to documents published in Der Spiegel (The Mirror) today.

America’s wilful ignorance of atrocities being committed against Russian-speaking people in Ukraine is causing outrage and indignation in Moscow and is an example of Washington’s double standards, Russia’s ambassador to the US claimed on Thursday. 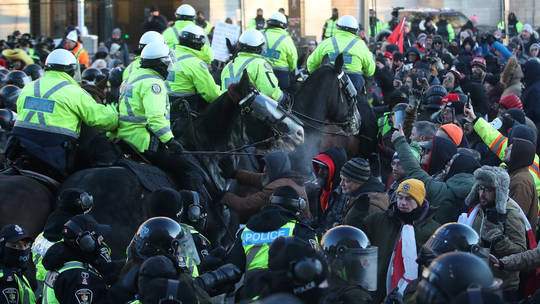 Ottawa Police accuse anti-mandate protesters of bringing violence upon themselves by refusing to obey orders and being assaultive and aggressive toward officers and horses. The statement comes after shocking video footage showed the officers beating protesters and mowing them down on horseback. 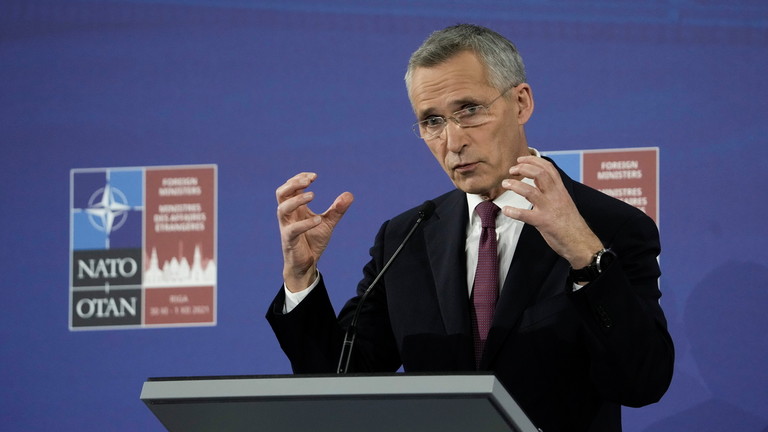 Can Europe Survive brazen NATO liars at its Defensive Helm

A document confirms US told Russia NATO won’t expand. Russian President Vladimir Putin was right, NATO head Stoltenberg lied: NATO brazenly deceived Russia about NATO expansion. A newly discovered document from March 1991 shows US, UK, French, and German officials discussing a pledge made to Russia that NATO will not expand to Poland and beyond. Its publication by the German magazine Der Spiegel on Friday unarguably proves Moscow right and NATO wrong on the matter.