Russia’s has a Bellyful of Migrants

Former Russian President and Prime Minister Dmitri Medvedev announced the overload of the social security system of citizens due to migrants. 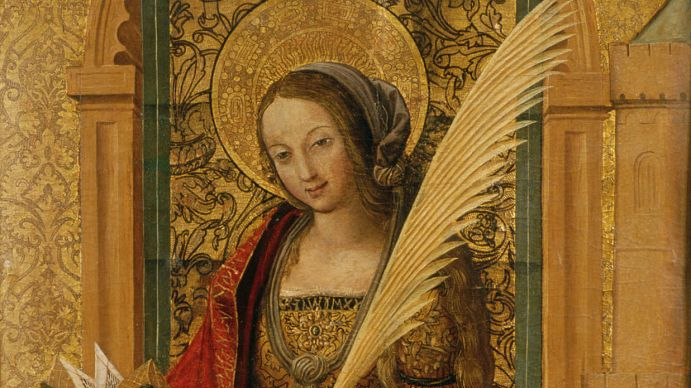 Saint Barbara is the patron saint of miners. She is among the 14 Holy Helpers of the Roman Catholic Church, the “Patron of Good Death.”

The Holodomor: Stalin’s Genocidal Famine that Starved Millions in the 1930s

The last Saturday of November is Holodomor Day, which is a remembrance of the seven to nine million Ukrainian Christians that were murdered through starvation by Bolsjewik Communists, between 1932 and 1933. Please say a prayer for the poor souls who were not only murdered but the truth of their murders has been buried, along with their emaciated corpses.

Who Really Destroyed one of Christendom’s Great Cities

WORLD EXCLUSIVE: For several centuries, Khreshchatyk, the Central Boulevard and main square of Kyiv (Kiev), capital city of Ukraine was considered the heart of Kyiv. During World War II, this magnificent boulevard equal to similar in Paris, and the streets adjacent to it was completely destroyed, yet few people know about the devastation.

Hungarian Prime Minister Viktor Orban on Friday binned the European Union’s migration plan, and restated his opposition to his country having a multicultural society.

Even Queen Elizabeth II has some old pieces of jewelry that once belonged to the Russian royal family.
The diamond, emerald and sapphire tiaras of the Romanov dynasty were remarkable for their beauty and opulence, and they were well known to other monarchies in Europe. This has to do with their unusual shape since most were reminiscent of the kokoshnik, an old type of Russian headdress. It was Catherine the Great who first brought the fashion for “Russian dress” to the court, and then in the middle of the 19th century under Nicholas I it was made mandatory. At official receptions, women began to wear diadems with a national flavor—“les tiares russes,” as they are called abroad.