Across the UK, tens of thousands of people took to the streets to protest against the crisis in the cost of living, back-firing sanctions and climate change: the British expressed their disappointment with their government’s policies in these areas, reports The Independent. Simultaneously, 50,000 railroad workers went on strike across the country on Saturday. 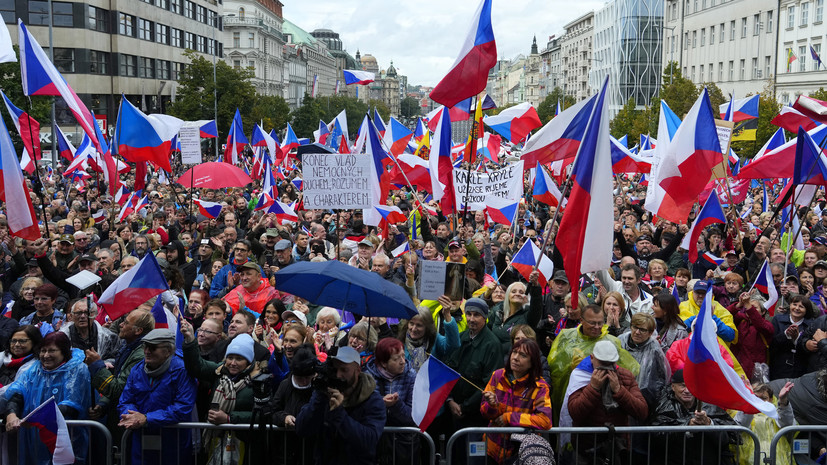 The people of the Baltic States, Poland, East Germany, the Czech Republic, and former Eastern Europe from the Baltic to the Black Sea have been here before. These are the people enslaved by the Soviet Empire unfollowing the handover of 21 European nations to Stalin by US President Roosevelt and unelected premier Winston Churchill at Yalta in 1945.

In the German city of Lubmin, many thousands of people demonstrated against Berlin’s ruinous energy policy, Welt reports. Russian flags were seen everywhere. People complained about the shortage of gas, the rise in the price of food, and the fact that the authorities were essentially ‘knocking the ground out from under their feet.’

Across Europe, from the Baltic to the Black Seas anti-regime protests and demonstrations are gaining strength and numbers of protestors are growing beyond the most pessimistic expectations. The protest against the German energy policy was only supposed to involve 400 citizens, but that number ballooned to 4,000 out of a city of only 59,000.

Nothing to hide nothing to fear is the mantra all-seeing prying and controlling regimes tell its compliant downcast citizens. However, tyrannical regimes have much to hide and fear any leakage that suggests their juntas have betrayed their citizen.

Frustrated citizens in Vienna, the Czech Republic, Spain, and Germany ~ throughout Europe are rising in revolt against surging prices and anti-Russia sanctions. Thousands of people poured onto the streets of Vienna on Saturday, protesting against the soaring cost of living, with many denouncing the Austrian government and the globalist agenda.

Unfortunately, scoops and news stories are suspended due to a 50 per cent drop in reader donations which were anyway barely enough to keep EUROPE RENAISSANCE going.

(VIDEO) Hidden by Mainstream: Mass uprisings by farmers, ‘anti-globalists’ and other citizens around the globe

Tens of thousands of angry and betrayed Europeans demonstrated against the rising cost of living, with concerned citizens linking the crisis to the West’s anti-Russia policies.