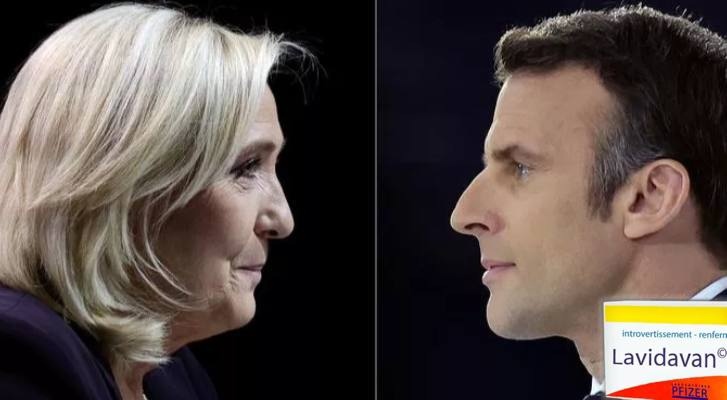 Four Elections that proved that Western Democracy is an Illusion

There is growing evidence that the recent French presidential election was a fraudulent election conducted by manipulating broadcasters’ servers. According to a source in France, at 9:18 pm on the 25, when the French presidential election was held, about 89% of the vote counting, if you look at the TV screen by France2, a French public broadcaster, Macron was 14,214,825 (49.6%) and Marine Le Pen was 14,432,396 (50.4%) was obtained.

However, the final result provided by the French Ministry of Interior was 18,779,641 (58.5%) for Macron and 13,297,760 (41.5%) for Marine. The number of votes cast for Le Pen was 1 million less than the one hour before the closing time. The broadcasting station explained that this reduced vote was a technical error. However, it is a point that can sufficiently raise suspicion of election manipulation.

French broadcasters announced that they do real-time transparent counting, saying that it is a system in which the counting numbers of the polling stations are automatically returned to the broadcasting stations in real time. The host of the ballot counting broadcast explained that this figure is directly connected to the Ministry of Home Affairs, and explained that the results are updated as soon as the counting is finished in each region.
There is another strange thing. (The difference in vote percentage remains unchanged at all)

What is particularly suspicious is that it is not possible to understand why the public broadcaster is showing an estimate rather than the current counting result in a situation where the counting is currently in progress, and why the estimate is consistently unchanged.

Writer Mok Su-jeong, who watched the entire French presidential election in France, said, ‘At 8 o’clock, 9:20 pm, and the final result is the same to the decimal point.’ We have already leaked that it will come out.’ In fact, the day before the counting of the votes, officials inside France knew and disclosed the results of the elections in advance.

The French people are greatly shaken by allegations of election fraud in France, which was considered a symbol of liberal democracy and not other countries. Although the major media are not reporting this situation at all, Koreans living in France are quickly sharing the local situation through Facebook, Twitter, and Telegram.

In Korea, there have been continuous allegations of illegal election intervention in ballot counting broadcasting. It was not uncommon for each broadcaster to have different counting results for each election, and even in constituencies, even though the counting had not finished, the results were already announced on the counting broadcast. This again raises suspicions of election manipulation. However, these doubts have not been made public at all.

Even in the recent 3.9 presidential elections, the Democratic Party clapped and liked even though the exit polls showed that the power of the people was slightly superior to the broadcasters on the day of the 3.9 elections. The fact that there was no change at all left suspicions that the broadcasting company’s ballot-counting broadcast and the server of the Central Election Commission could be manipulated.

The common-sense question, ‘Is it possible in today’s world for broadcasters and fraudulent electoral forces to deceive the nation?’

An election expert said, ‘For the past 20 years, the elections have been rigged, and they continue to deceive the people by committing atrocities that are horrendous. It will be interesting to see how the French people behave and how the French media is covering up allegations of election fraud,’ he said.

Even before the French presidential election, the media cartels around the world branded Le Pen as the far-right candidate, framed a frame that France would use Macron to avoid the far-right, and it seems that the media outlets were faithfully fulfilling their roles in this frame.

JUNE 12: NEWS STORIES REDUCED BY HALF DUE TO LACK OF FINANCIAL SUPPORT